The future of publishing is constantly in debate. A hundred years ago, people were saying that movies would replace books. Fifty years ago, it was TV that was the threat, then video games. Now, ironically, it is ebooks, self-publishing and certain online retailers that are apparently threatening the future of books. There are a lot of changes happening in publishing, certainly, and this new landscape is forming as a result of various conflicting forces.

Through massive online retailers and supersized publishing houses, there has been a huge trend towards centralization over the past twenty years or so. At the same time, however, the open accessibility of online self-publishing and print-on-demand means that there are also strong trends towards decentralization. Sometimes competing and sometimes complimentary, it means that you’re as likely to get a novel Henderson NV as New York NY. 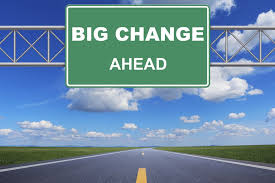 There has also been a significant change in how readers and writers interact. Professional critics who used to mediate between readers and writers are now slowly being overtaken by aggregate reader review websites. Writers face pressure to have an online presence so they can interact with their readers directly.

Publishing houses keep getting bigger and online retailers become online empires. Paradoxically, there are more opportunities than ever for small time writers. Writers with diverse backgrounds or niche markets have more tools now to make their voices heard despite juggernaut authors continuing to dominate the top ten lists.

It is clear that people have not, and probably will never lose their appetite for the written word and the stories that are told in books. As publishing becomes both centralized and decentralized and the lines between writer, reader and critic continue to blur, the only certainty about the future of publishing is that it will continue to change and evolve.