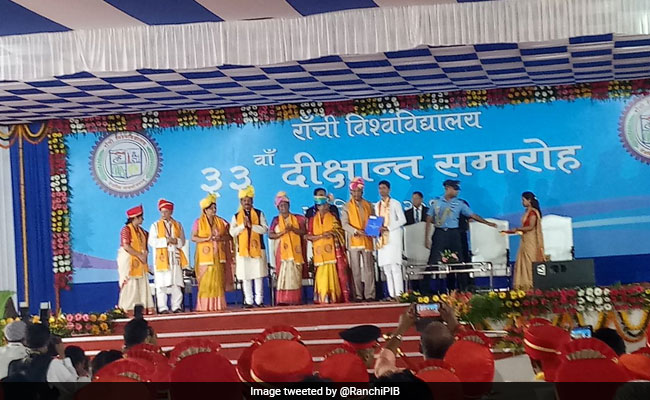 RANCHI: President Ram Nath Kovind on Monday said that Jharkhand possesses not only 40 per cent of the country’s minerals but also has substantial human resources. The President was addressing the 33rd convocation of the Ranchi University here.

“I can say to Chief Minister Raghubar Das that your state is full of natural resources. It also has one of the largest human resource repositories,” Kovind said, congratulating about 3,000 students who were awarded degrees at the convocation.

He recalled the role of Birsa Munda who spearheaded an uprising against the British in the Chota Nagpur region in the early 19th century.

“Birsa Munda, whom we refer to as ‘Bhagwaan’, was one of the greatest freedom fighters from this region, and a source of inspiration not only for Jharkhand but for the entire nation.

He also recalled the contributions of other tribal icons like Sidho-Kanho, Jatra Tana Bhagat and Chand-Bhairov, and appreciated the role of Tana Bhagats, who followed the path of Mahatma Gandhi’s non-violence during the freedom movement