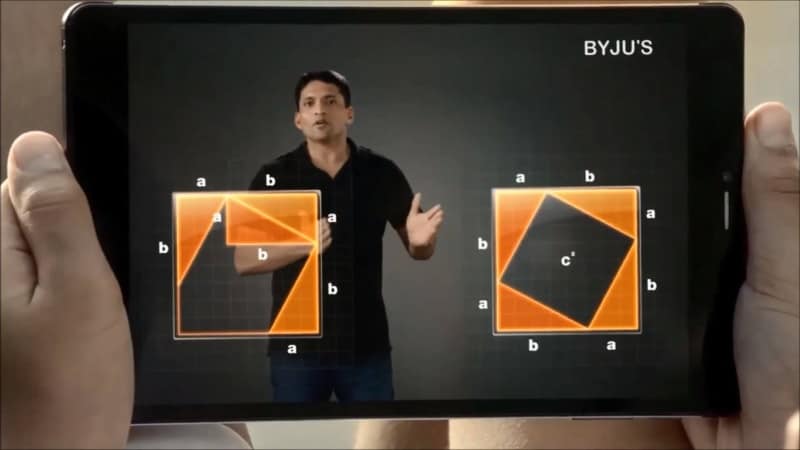 Last week, learning service Byju’s announced the launch of a new app for parents to better follow their children’s progress, and to enable them to provide better support. Gadgets 360 caught up with Byju’s Chief Product Officer Ranjit Radhakrishnan to talk a little more about the Byju’s app, and also the new parents’ app.

It’s a crowded field, with competitors such as Meritnation, Testbook, and Gradestack, to name a few. Byju’s, named after its founder Byju Raveendran, stood out because instead of relying on the Internet, the company sold physical SD cards with study material loaded, so it wasn’t reliant on Internet connections that can often be poor. In a post-Jio world, will this actually become a liability for the company as data becomes more widely available at cheaper rates?

Radhakrishnan doesn’t think so. “From a technology perspective we are ahead of the curve,” he says. “Our paid subscribers have streaming as well, and we support that model understanding that the ecosystem is changing. [But] it becomes easier to ensure a good user experience through the SD card.”

Byju’s sees a lot of its customers coming from smaller towns and cities, where education is given greater importance by parents who feel their children need an extra edge, says Radhakrishnan. And in these places, he adds, networks still don’t deliver a good enough experience.

“There was a belief, when we started, that this [Byju’s] would be a metro phenomenon to begin with, but it has certainly been [proven] wrong as T2 and T3 have been an enthusiastic growth segment,” he explains.

The newly launched parents’ app meanwhile is a way to give the parents more of a role in their child’s education. “Parents get very little information about how their child is progressing,” says Radhakrishnan. “They get test reports, exam reports, but that is all a parent really gets out of it. There’s no deep understanding.”

“We don’t need parents to be monitoring in a negative fashion – but to understand where the child is putting in the effort, to observe where the gaps are, and to provide pointers on specific areas where they can encourage their child’s learning journey as a participative stakeholder,” he adds.

That’s the gap that the new parents’ app fills, he tells us. To use the app, you have to enter a student code from the main application (on the child’s device) and it will then sync the data up to the parent’s device. You don’t see a module by module breakdown – rather, Radhakrishnan says, you get a summary view, which sums up your child’s performance in a conversational manner.