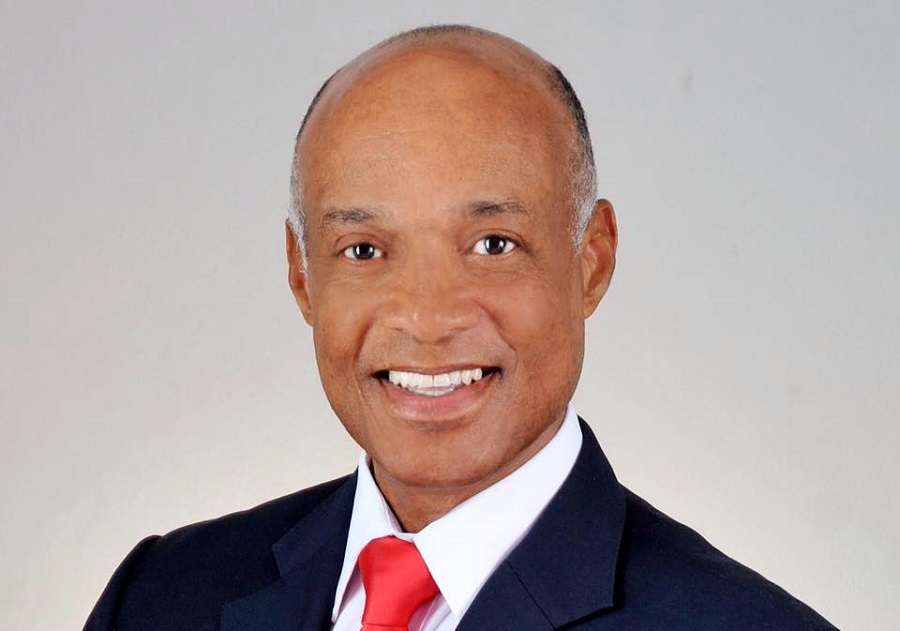 With a special presentation on ‘the future of education,’ Minister Lloyd is expected to expound on a number of government policies and initiatives to come on stream to revamp the educational system in The Bahamas, through the use of technology.

“No longer can we exist in a country where the world is advancing through technology around us, and we not be affected,” Minister Lloyd said during his recent budget presentation in Parliament. “We, as a nation must embrace this advancement of technology to benefit our schools, as well as move along the education of our children.”

In a tour of schools on Grand Bahama, just before the start of the new term, Minister Lloyd spoke with members of the media about how the advancement of technology in schools can also positively affect the change of the school’s curriculum.

With several gift presentations of laptops and tablets to primary and junior schools throughout the country by the government, as well as by private companies, Minister Lloyd is looking forward to all of the government schools throughout the country being fully computerized as well as equipped with internet and Wi-Fi capability in a very short period of time.

“We are anticipating having all of our schools throughout the country properly equipped with Wi-Fi capability, which will allow students, under the guidance of teachers, to access the internet, opening up the window of greater learning ability,” said Minister Lloyd.  “The advancement of technology in our schools is something which this government is committed to, and moving forward this is one of the major focuses of the Ministry of Education.”

The programs to be implemented by the government are anticipated to be a part of Minister’s Lloyd’s presentation, as this year’s Grand Bahama Tech Summit focuses on education.

Also on the list of speakers at the Summit will be Minister of State for Grand Bahama, one of the initiators of the Grand Bahama Technology Summit — Senator Kwasi Thompson, who will close out the conclave and reveal the way ahead for the GB Technology Steering Committee in their quest to make Grand Bahama a Technology Hub within the region.

Other local speakers at this year’s summit will include Kristie Powell, who will lead a panel discussion on ‘transforming education for the future’; Mark Godson, Managing Director/Americas of GIBC Digital (‘2020 Vision Digital Transformation Plan’); Eugen Winschel, VP of SAP Global Business Operations (‘The Future: Experience the Intelligent Enterprise’); Gravette Brown, business development leader at Aliv, major sponsor of this year’s summit (‘Transforming the Future of Business’); and a representative of Grand Bahama Power Company (‘The future of Energy in Grand Bahama’).

Eugen Winschel crafts the vision, strategy and roadmap for Enterprise Artificial Intelligence. He has been recognized as a visionary and creative thinker, passionate about challenging the status quo, with an innate ability to simplify complex issues.  He brings a unique combination of business and technical savvy. Eugen has gained life experience on three continents, having worked in seven different industries, from automotive to advertising and high tech. He frequently shares his passion for the future of technology and user experience as a speaker and a panelist.

Jeff Campbell is vice-president, the Americas, of Government Affairs at CISCO Systems Inc., the global leader of Internet networking.  Since 2001, Campbell has been responsible for developing and implementing CISCO’s public policy agenda with respect to telecommunications, trade, energy, environment, security and technology issues.  In addition to his expertise in telecommunications regulations, Mr. Campbell has been involved in public policy with respect to intellectual property law, Internet regulation, energy regulation, international trade and information technology regulation.  Prior to joining CISCO, Mr. Campbell headed the Washington government affairs office of Compaq Computers. He will speak on the topic, ‘The Future is Smart.’

Also presenting is John Padgett, Chief Experience and Innovation Officer, Carnival Corporation (‘Innovation, Key to the Future’). Padgett is responsible for ensuring that the largest cruise company in the world creates experiences that exceed guests’ needs, wants and desires. He creates original game-changing experiences through the fusion of creativity, technology and operations, all centered on the guests.  He is the brain behind “Ocean Medallion,” a wearable technology device that allows guests to experience every aspect of the ship while on a cruise, without having to present a card or cash. Padgett’s span of operations includes Carnival Corporation cruise brands in North America, Europe, Australia and Asia, including Carnival Cruise Line, Holland America, Princess Cruises, Seabourn, AIDA, Costa Cruises, Cunard, P&O Australia and P&O Cruises.  Padgett is also one of the innovators of Walt Disney Parks and Resorts projects, including the invention, development and implementation of many guest experiences, particularly ‘MagicBands,’ ‘FastPass,’ ‘Be Our Guest Restaurant’ and ‘Disney’s Magical Express.’

Riho Kurg, head of Product, Cybernetica, another international speaker at this year’s GB Tech Summit, will give a special presentation on e-government digitization reform, the Estonian model.  A very important topic, as the Government of The Bahamas seeks to bring to full fruition e-government.

The second annual Grand Bahama Technology Summit will be held under the theme, ‘The Future is Now.’