Culinary secrets from Rampur have crept their way into the kitchen of Taj Palace’s Masala Art in Delhi. Together with five khansamas who claim to have inherited their cooking legacies from their forefathers who served the royalty of Rampur, the staff of the restaurant have conjured up an array of dishes from a cuisine that is gradually being pushed into obscurity. “We have travelled across India and internationally to bring the essence of Rampuri cuisine to a larger audience. The cuisine, unfortunately, remains unexplored to this day,” said Suroor Khan, one of the visiting chefs, who is also a local caterer in Rampur.

The food served at the restaurant includes a rich reduction of lamb stock with a layer of fat floating over the curry, called Gosht taar korma; Dohra kebab; Kachche gosht ki tikki, the Indian cousin of the Afghani chapli kebab; and Adrak ka halwa, made using age-old techniques. The festival also features easily overshadowed delicacies such as Dum aloo in a tangy bukhara gravy, a halwa made from an assortment of vegetables and a Satrangi subzi. 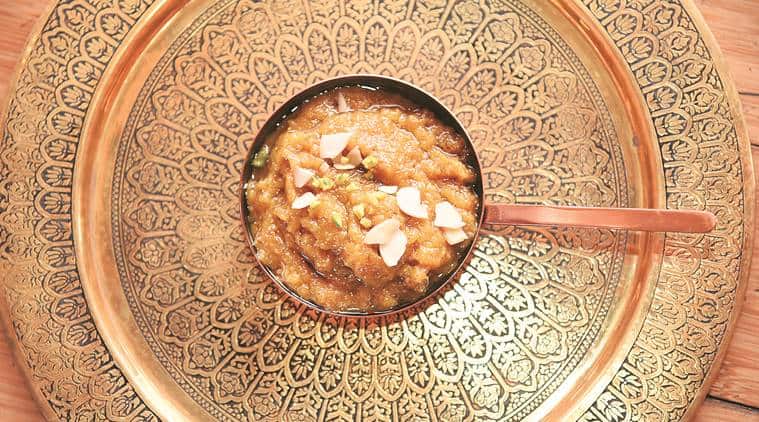 The heavy-handed use of whole spices — cinnamon, mace, nutmeg, khus roots and sandalwood — lend the courtly cuisine a distinctive aroma. But it is hard to differentiate from the Mughlai and Awadhi fare, as proximity of their places of origin ensures both relatedness and comparison. In 1774, Nawab Faizulla Khan established the town by ousting the Rohillas with the help of the East India Company. In return, the Nawabs remained acquiescent to the British, thereby making Rampur safe for artists, chefs and poets, including Mirza Ghalib. This perhaps explains its similitude of flavours with other cuisines of the region.

Even as Khan spoke of the food of his hometown in exalted terms, he shied away from sharing techniques of preparation, attributing the subtle taste and melt-in-the-mouth meat to a sleight of hand. However, after much cajoling, he divulged, “We slow-cook our food in clay pots and use ginger and onions to make the gravy. Unlike the food in Lucknow and Delhi, our gravies rarely use tomatoes as the base. Our kebabs such as Dohra or Kachche gosht ki tikki are soft because more time is spent on gilawat. We use bottlegourd and raw papaya to tenderise the meat before cooking it.” The peeli mirch or yellow chilli, a local favourite, is used liberally in all dishes though the cuisine is not for the fire-toothed.

The use of varq or silver leaf too began in Rampur’s kitchens. “The varq ensures that the food remains moist. It replaced the traditional parda (coating of flour) way of serving food in the Mughal courts,” added Khan.