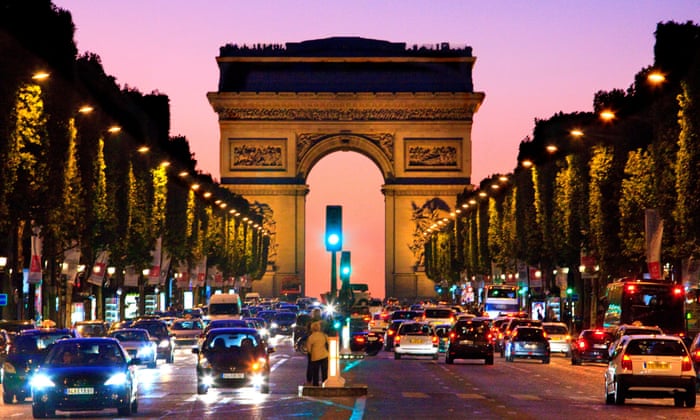 Paris has come out on top in the QS best student cities rankings for the fourth year running.

The ranking, compiled by higher education data experts QS, assigns cities scores based on the diversity of their student body, quality of life, opportunities for graduate employment, affordability and the quality of their universities.

Melbourne holds on to second place for the second year, while Tokyo has moved into bronze-medal position, from seventh last year.

London’s high cost of living has seen it fall to fifth place, from third last year, with Sydney pipping it to fourth.

The only other British cities to feature in this year’s top 75 are Edinburgh, Manchester, Coventry, Birmingham and Glasgow.

Paris scores well for its low student fees, favourable rank in the Mercer Cost of Living index, the employer recognition and quality of its universities, with 18 institutions in the top 75 – only London has more at 19. It scores well for desirability and has a strong ratio of international students but loses marks for its level of tolerance and inclusion.

Anna Greenburgh, an Oxford University graduate who is studying for a master’s degree in economics and psychology at the Sorbonne, said: “I’m getting more perspectives on issues than I did at Oxford, where the majority of people on my course were raised in England.”

Anne Hidalgo, the mayor of Paris, said: “Paris is proud to be ranked as the best world student city. Our youth represents our greatest strength and incarnates our greatest hope. We carry an ambitious politic to make youth able to blossom, be successful, be able to choose and to build its future. We will continue to support students by offering them opportunities, in an open, dynamic and creative city.”

Speaking about the city’s place in the ranking, which was compiled before last month’s terrorist attacks, Thierry Coulhon, president of Paris Sciences et Lettres university, said: “I am glad to see Paris appearing as the top world student city for the fourth consecutive year. After the terrible attacks that this city has experienced, Paris is more determined than ever to defend its values of solidarity, freedom and creativity.”

Jacques Biot, president of École Polytechnique, said: “The Paris region has much to offer to international students – history, arts, culture – on top of its academic and scientific excellence. It is a unique place to learn, discover, study, engage and exchange, a place where dialogue, fraternity and freedom shall always prevail.”

To be included in the ranking, a city must be home to at least 250,000 inhabitants and two or more universities on the QS world university rankings. QS considered 112 such cities.

The US is the most represented nation, with 11 cities on the list, followed by the UK (eight) and Australia (seven).