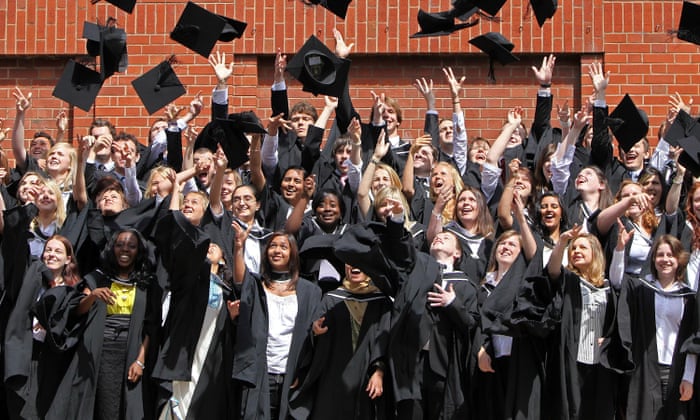 More than half a century of sweeping educational reforms have done little to improve Britain’s social mobility, according to one of the country’s leading experts on equality.

Instead, young people from less well-off families entering today’s labour market have far less favourable prospects than their parents or even their grandparents, despite having gained much better qualifications.

Giving the British Academy Sociology Lectureon 15 March, Dr John Goldthorpe, a sociologist at the University of Oxford, whose work on class has proven widely influential, will claim that little has changed in British society since the second world war, largely because more advantaged families are using their economic, cultural, and social advantages to ensure that their children remain at the top of the social class ladder.

The findings offer a sobering corrective to the prevailing view, favoured by successive governments, that improving access to education has been a powerful weapon in promoting social mobility in Britain.

“Successive governments, committed to increasing mobility, have regarded educational policy as the essential means to this end,” Goldthorpe observes. “Yet despite all this expansion and reform, inequalities in relative mobility chances have remained little altered.”

Goldthorpe and colleagues at the University of Oxford’s Department of Social Policy and Intervention analysed the social origins, education, and work histories of about 30,000 men and women born in the 1940s, 50s, 70s and 80s. Their work shows that people born in Britain in the 70s and 80s have tended to be less upwardly mobile than their parents and grandparents, while an increasing number of men and women have started to drop down the social ladder.

They attribute the upward mobility from the 50s to the 70s to a major expansion of professional and managerial jobs during a period that Goldthorpe terms “the golden age of social mobility”.

But, conversely, the progress made by this generation means that an increasing number of their children are now at heightened risk of moving down the social ladder.

“The dark side of the golden age is that more individuals are now experiencing social descent and fewer social ascent simply because the numbers “at risk” of the former have increased,” Goldthorpe says in an article for The Observer. “A situation is emerging that is quite new in modern British history. Young people entering the labour market today face far less favourable mobility prospects than did their parents – or their grandparents.”

Goldthorpe, an emeritus fellow of Nuffield College, Oxford came up with the Goldthorpe class schema, which led to the creation of the widely used National Statistics Socio-economic Classification system. His lecture will help continue the debate about schisms within British society.

On Saturday, the government’s social mobility tsar, Alan Milburn, chair of the Social Mobility and Child Poverty Commission, warned in the Guardian that there was a risk that Britain would become “permanently divided” as a result of growing intergenerational inequality.

“This idea that the succeeding generation would do better than the previous generation is part of the glue that binds,” Milburn observed. “I was brought up to believe that if you stuck in at school, you’d get on in life. Unfortunately, there’s pretty compelling data to suggest that may no longer be the case.”

Goldthorpe’s lecture is likely to reinforce this view. “There are good grounds for believing, consistent with the psychological theory of loss aversion, that parents and their children are yet more concerned to avoid downward mobility than they are to achieve upward mobility,” he will claim. “And thus parents in more advantaged class positions will respond to any expansion or reform of the educational system by using their own superior resources – economic, cultural and social – to whatever extent it takes to help their children retain a competitive edge in the system and in turn in the labour market. It is this coming together of the strong motivation to avoid déclassement and the usually adequate means for doing so that is the source of the powerful resistance to change.”

If things are to change, Goldthorpe argues that governments must focus on policies that go beyond simply promoting economic growth. These would include new initiatives to increase funding for research and development, to improve the country’s infrastructure and to raise the quality of its public services.

“What can be achieved through educational policy alone is limited – far more so than politicians find it convenient to suppose,” Goldthorpe argues. “To look to the educational system itself to provide a solution to the problem of inequality of opportunity is to impose an undue burden on it. Rather, a whole range of economic and social policies is needed.”